Skip to main content
on September 18, 2016
James Irwin Civil War Veteran - My chance encounter
Today, I went to the Civil war re-enactment at Otterville Ontario, I took lots of picture and then decided it was lunch time. There was a table facing a row a tombstones from an early cemetery. I took one shot of a stone not looking at the details, when I got home I looked at the image. 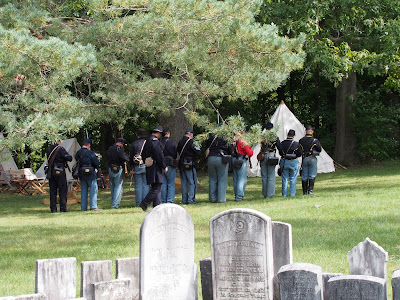 these are some of the stones arranged in a long row 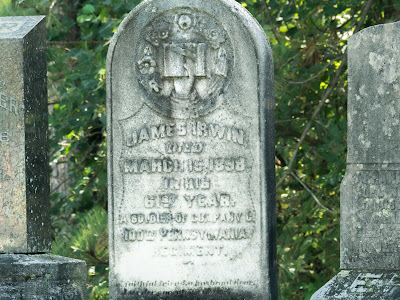 This is the marker I took a picture of for no particular reason.

Looking at the details this James Irwin's marker he died on March 15th 1898 at the age of 60. This is the interesting thing James was a veteran of the American civil war serving in the Union Army Company C 100th Pennsylvania Regiment. I did a little research , he was a private mustered in Feb 3 1865 and mustered out with the rest of the regiment on July 24 1865.
I found a regimental history, during his service the regiment was at   Fort Stedman March 25, 1865. Appomattox Campaign March 28-April 9. Assault on and fall of Petersburg April 2. Occupation of Petersburg April 3. Pursuit of Lee April 3-8. Moved to Washington, D. C., April 21-28, and duty there till July. Grand Review May 23. Mustered out July 24, 1865.

Are We There Yet? What a delightful group just makes me smile 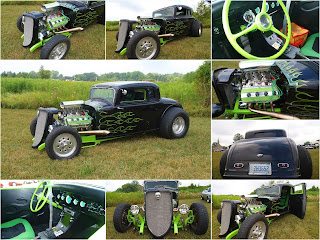